"Tracking Lions, Myth, and Wilderness in Samburu" with Jon Turk 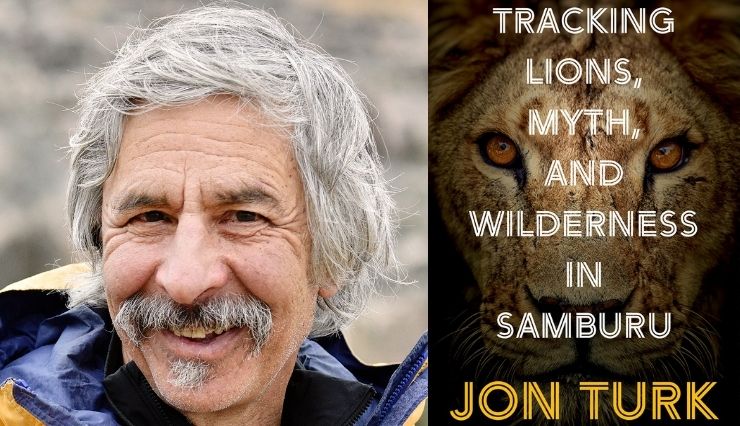 A provocative look at the vital connection between human beings, the natural world and meaningful knowledge.

While tracking a lion with a Samburu headman and then, later, eluding human assailants who may be tracking him, Jon Turk experiences people at their best and worst. As the tracker and the tracked, Jon reveals how the stories we tell each other, and the stories spinning in our heads, can be molded into innovation, love and co-operation — or harnessed to launch armies. Seeking escape from the confusion we create for ourselves and our neighbors with our think-too-much-know-it-all brains, Jon finds liberation within a natural world that spins no fiction.

Set in a high-adventure narrative on the unforgiving savannah, Tracking Lions, Myth, and Wilderness in Samburu explores the aboriginal wisdoms that endowed our Stone Age ancestors with the power to survive – and how, since then, myth, art, music, dance, and ceremony have often been hijacked and distorted within our urban, scientific, oil-soaked world.

A book signing with Jon will follow the presentation. Register to reserve your seat. The program will also be livestreamed and available to watch later on Vimeo. Click here to watch on Vimeo.

Jon Turk grew up on the shores of a wooded lake in Connecticut, attended Phillips Academy in Andover, Massachusetts, and then Brown University. He earned a Ph.D. in organic chemistry in 1971 and was nominated by National Geographic as one of the Top Ten Adventurers of the Year in 2012. He has published numerous magazine articles and four adventure books: Cold Oceans, In the Wake of the Jomon, The Raven’s Gift, and Crocodiles and Ice. Jon splits his time between Darby, Montana and Fernie, British Columbia.